How Parkinson’s Disease is Diagnosed

Parkinson’s disease is usually diagnosed clinically, meaning that a physician looks for the presence or absence of the possible symptoms of Parkinson’s disease by interviewing the patient and performing a detailed neurologic examination.

What to expect during your visit with a physician

When you or someone you know first visits a physician for the evaluation of potential early Parkinson’s disease symptoms, it is helpful to know what to expect. During the first visit, the physician should run the following tests:

Typically, a trained physician will only consider the diagnosis of Parkinson’s disease if the person being examined has at least two of the core motor symptoms of Parkinson’s, including tremor, the characteristic bradykinesia (slowness of movement), or rigidity. At the end of your visit, the physician should discuss with you why you may or may not have Parkinson’s disease and the level of certainty about the diagnosis. This determination is based on your medical history and examination at this visit.

Brain imaging and other tools to aid diagnosis of Parkinson’s

In addition to taking a history and performing a detailed neurologic examination, physicians sometimes use brain imaging to help support a particular diagnosis. However, these studies have their limitations in the diagnosis of Parkinson’s disease and are typically used only in select patients. Brain imaging is not routinely performed by neurologists or movement disorder specialists when they are considering a diagnosis, especially if the person’s symptoms strongly suggest to the physician that idiopathic Parkinson’s disease is the correct diagnosis.

Helping diagnose Parkinson’s with DaTscan and other tests

Rather, use of imaging is most helpful when the diagnosis is uncertain, or when physicians are looking for changes in the brain that are more typical of one of several Parkinsonian syndromes (and not idiopathic Parkinson’s) and other conditions that can mimic Parkinson’s. Imaging studies to evaluate Parkinson’s disease and Parkinsonian syndromes include magnetic resonance imaging (MRI), which examines the structure of the brain, and DaTscan, an imaging test approved by the Food and Drug Administration (FDA) to detect the dopamine function in the brain. A DaTscan may help differentiate idiopathic Parkinson’s disease from certain other neurologic disorders. Most physicians’ offices will have access to MRI; however, DaTscan imaging may only be available at larger hospitals or medical centers.

Other imaging studies that can be done, but that are not used routinely in the clinic, include functional MRI (fMRI), a specialized form of brain imaging that examines brain function, and positron emission tomography (PET), which can measure certain brain functions.

Unfortunately, there are no standard biological tests for the disease, such as a blood test. However, researchers are actively trying to find biomarkers in blood and other bodily fluids that could help confirm the diagnosis.

If it’s not Parkinson’s disease, what else could it be?

There are several other conditions that might produce symptoms that can be mistaken for Parkinson’s disease. Here are some possibilities:

Remember: Only a general neurologist or movement disorder specialist can tell you with reasonable certainty if you have idiopathic Parkinson’s. If for some reason you are not comfortable with the results of your first physician visit, getting a second opinion from another general neurologist or movement disorder specialist is always an option. It is important that you feel comfortable with your physician to ensure the best possible outcome for you.

Once you or your loved one has a diagnosis of Parkinson’s disease, it is time to discuss treatment options with your physician. 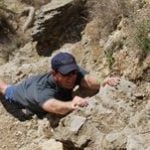 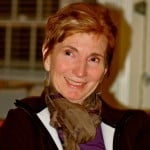 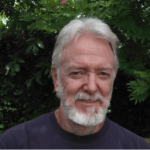 To support your local Diagnosing Parkinson's chapter, please click the button below: