As part of our Planning for the What Ifs series, today we expand the definition of advanced Parkinson’s disease (PD) by discussing atypical parkinsonian syndromes (APS), neurodegenerative disorders that are related to PD. Our guest author, Dr. Pravin Khemani, a Movement disorders neurologist at Swedish Medical Center in Seattle and Medical Director of the 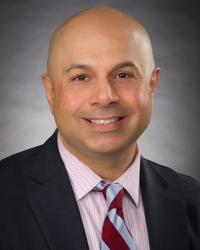 PSP and CBD can mimic each other and can also mimic PD early in the clinical course, so it can be confusing and difficult to diagnose. As the diseases progress however, they produce clinical signs and symptoms which assist in their distinction as separate neurodegenerative disorders. Because there can be a significant overlap between PSP and CBD, it makes sense to discuss them together. Both diseases are caused by abnormal deposition and spread of misfolded tau protein in the brain. Hence, they are referred to as tauopathies.

CBD is less common than PSP, and both are significantly less common than PD. Based on one recent study, the combined number of new cases of PSP and CBD per 100,000 people per year was between 3 and 5. Based on these results, PD is about 5 times more common than these two diseases combined. However these diseases are still seen relatively frequently in Movement disorders clinics and many of our readers are grappling with these conditions.

Since its recognition as a distinct neurodegenerative disorder in 1964, PSP has undergone more than one reorganization into various subtypes based on the increased recognition of its clinical symptoms. In PSP, the distribution of tau protein in specific brain regions is associated with progressive death of neurons which causes clinical signs and symptoms unique to this disorder. The most recent consensus classifies PSP into several clinical subtypes (Table 1). However, the following four primary clinical signs are key features in a majority of cases, although they may not be present all at once in every patient:

These are detected by a careful examination which can reveal difficulty shifting the eyes down when not moving the head. Patients may also complain of difficulty walking downstairs, double vision, blurred vision or light sensitivity, and frequent involuntary blinking or forceful closure of eyelids (or blepharospasm).

Early in the disease course when turning, starting to walk or changing position; falls can occur in any direction, but falling backwards is suspicious for PSP.

A feature of PD which can be presented with slowness on one or both sides of the body, soft speech, reduced expression, and stiffness. However, a classic PD rest tremor is uncommon in PSP, and mobility does not show long-term improvement with Levodopa.

The degree of certainty of the diagnosis of PSP is dependent on the number of primary clinical signs present at the examination and the experience of the clinician. A definite diagnosis of PSP can only be made by post-mortem examination of the brain, but as the disease progresses and clinical signs become more evident, the level of certainty of the diagnosis increases from possible to probable PSP. The difficulty and delay in diagnosis of PSP arises from its similarity to PD but also due to the numerous ways in which it can manifest. These challenges often require that the patient be evaluated by a Movement disorders specialist who is aware of the variability and complexity of the disease.

Additional tests that are being developed to diagnose PSP and CBD include specialized brain scans that can identify the amount and location of abnormal tau protein and imaging that detects patterns of abnormal brain metabolism specific to each disease.

Unfortunately, Levodopa does not improve mobility in PSP. Some people however, do report a mild degree of benefit from the medication. Therefore, the consensus is to prescribe it for as long as the patient tolerates it. Treatment is geared towards improvement in symptoms through multidisciplinary care (see Table 3).

The progression of PSP is typically more rapid than PD, leading to dysphagia (difficulty in swallowing), falls causing injury, and immobility much earlier in the course than in PD. Therefore, advanced care planning and palliative care should be initiated as soon as possible to mitigate discomfort and maintain patient and care partner quality of life.

In CBD, both the cortex, which is the topmost layer of the brain responsible for language, skilled movements and awareness of the body; and the basal ganglia, the deeper parts of the brain, are affected. (In PD, the pathology is most prominent in the basal ganglia) The symptoms of CBD tend to be very asymmetrical, with one side of the body being predominantly affected. While the definite diagnosis of CBD can only be made at autopsy, the term corticobasal syndrome (CBS) is used to describe the most common signs and symptoms of the disorder which include:

Less common symptoms, some which have a significant resemblance to PSP, can also be present: eye-movement impairment, visuospatial problems (e.g. difficulty with depth perception), behavioral and personality changes, falls, difficulty with speech and language, and dementia.

As in PSP, there isn’t a specific blood or brain imaging test that can diagnose CBD and the clinical diagnosis is based on recognizing the subtypes of CBS (Table 2) and assigning a degree of confidence, either possible or probable. Diagnosis is therefore dependent on the numbers of primary symptoms present and the ability of the neurologist to identify them accurately.

As in PSP, there is no specific medication for CBD and symptoms are typically not responsive to Levodopa. Treatment is focused on ensuring the motor and nonmotor symptoms of the disease are treated in a multidisciplinary manner (Table 3) with continuous rehabilitation, patient comfort, and care partner concerns addressed as frequently as possible. There is a special need for advanced care planning and timely initiation of palliative care and hospice in CBD, especially when self-care, swallowing, or independent mobility are affected.

Since ageing is the biggest risk factor for APS, the prevalence of PSP and CBD is expected to increase in the coming years. Therefore, there is a pressing need for tests that can diagnose these disorders early and accurately, and treatments that will stop their progression before they become disabling.

How can you help?

All patients and families affected by these diseases should be educated about the importance of brain donation in the ability to advance treatments for PSP and CBD. Post-mortem brain examination has been instrumental in understanding the biological causes of PSP and CBD. Clinical research continues to focus on strategies to reduce the amount of tau protein in the brain or to slow down the mechanism by which it is produced and spread.

In addition to agreeing to brain donation, participation in clinical studies and advocating for increased funding for clinical care and scientific research, are ways in which patients and families can effectively collaborate with the medical community to urgently discover treatments for PSP and CBD.

More from our series: Planning for the What-ifs

Parkinson’s Disease: Planning for the What Ifs is a special series within this blog that presents information about advanced PD symptoms. PD affects people very differently and, for some, the disease will not progress to advanced stages, but it can be helpful to educate yourself about the possibilities; and those who are dealing with advanced PD right now may find this series particularly useful.

In previous blogs, we addressed the mental health issues of advanced PD which include:

We also addressed other symptoms of advancing disease including:

We encourage you to check out those past blog posts for more information.

To support your local Planning for the What Ifs – Progressive supranuclear palsy and corticobasal degeneration chapter, please click the button below: