One of the most fundamental ways for scientists to learn about Parkinson’s disease (PD) as well as other brain disorders, is by studying the brain tissue of people with these diseases. There is never too much of this extremely valuable material for research studies.  While there are major strides in developing cellular and animal models to study the disease, novel findings from these model systems need to verified and access to human brain material with PD is critical.  Lack of brain samples is a roadblock for research by the scientific community.

I sat down with Dr. Dennis Dickson, Professor of Pathology and Laboratory Medicine, at Mayo Clinic, Jacksonville to discuss brain donation.  Dr. Dickson is the Director of the Brain Bank for Neurodegenerative Disorders and the Director of the APDA Center for Advanced Research, also at Mayo Clinic, Jacksonville. Dr. Dickson is also a long-standing and valued member of APDA’s Scientific Advisory Board.  By studying brain tissue in a variety of neurologic diseases, Dr. Dickson has made fundamental discoveries regarding the abnormal accumulation of various proteins and their ability to cause neurodegenerative diseases, as well as the relationship between various genetic mutations and neurodegenerative diseases. While the idea of brain donation can sound a bit strange, or for some people is uncomfortable to think about, my hope is that if you read on you’ll learn more about it and understand why it is so important for PD research.

1. Why are post-mortem brains so important for your work? Can you describe some of the experiments that you do that require brain tissue?

Brain donations are valuable in many ways.  Not the least of which is that evaluation of the brain provides a definitive pathologic diagnosis that provides closure to the family as they learn what affected their loved one.  While clinical diagnosis has greatly improved over the years, with advent of blood and spinal fluid biomarkers and both structural and molecular brain imaging, it is still not perfect.  Clinical syndromes are driven by damage to particular brain regions, but we do not yet have ways to see and evaluate this damage in a living brain. It is not until the actual brain is examined that we can truly confirm the diagnosis. For example, in PD the dopamine producing neurons in the midbrain are particularly vulnerable, and the degenerating neurons accumulate α-synuclein protein in inclusion bodies known as Lewy bodies.  Midbrain dopamine neurons can be damaged by other processes and these other disorders can clinically resemble PD.  In addition to α-synuclein, dopamine neurons are also vulnerable to tau protein inclusions, which are characteristic of atypical parkinsonian disorders like progressive supranuclear palsy (PSP) – but we cannot confirm this while the patient is alive.  The autopsy provides a definitive diagnosis of PD versus other disorders that can mimic PD, such as PSP. 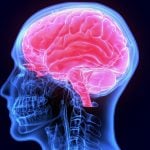 A brain donation is also valuable in providing tissue samples that can be used in a wide range of investigative studies, including structural, chemical, biochemical, immunologic, genetic and molecular biologic studies.  These studies can complement and validate research that has been done in animals and cells.  Additionally, DNA isolated from the brains of PD patients can be used in genetic investigations to discover rare disease-causing mutations, but also genes that increase or decrease the risk of PD.  As scientific research expands, availability of human tissue samples remains so important for grounding research studies in the reality of what the disease does to the actual brains of individuals who lived through the devastating disease process.

2. When a brain arrives at your brain bank, what happens to it? How is it processed?

The brain donation is performed by a skilled pathologic assistant, pathologist or medical examiner, who removes the entire brain in such a way as to not interfere with funeral arrangements, including viewing of the deceased.  It is important to note that the procedure is not disfiguring.

The fresh brain is most often divided into right and left halves, with one half frozen for research and the other placed in preservatives (formalin) for diagnostic evaluation.  It is important to note that the preserved (or “fixed”) tissue can also be used for research.  The fixed brain is weighed, photographed and dissected.  The dissection involves taking samples from all parts of the brain.  The small tissue blocks are embedded in paraffin wax.  It is from these wax-embedded tissue samples that very thin slices are taken and mounted on glass microscope slides.  The tissue-mounted slides are put through a variety of tests that reveal normal and abnormal changes when viewed under the microscope.  Lewy bodies, for example, can be seen under the microscope.  The density and distribution of Lewy bodies is assessed, and from this information a diagnosis is possible.

With increasing age, brains accumulate other changes, such as changes in blood vessels and Alzheimer-type pathology, which are also documented.  A report is generated that describes the observations made on evaluation of the brain with both the naked eye and the microscope.  Data are recorded in a brain bank database that also links the clinical and pathologic information to the inventory of fixed and frozen brain tissue.  The latter are distributed to research investigators.

3. How many brains do you receive at the brain bank in a year?

The brain bank in Jacksonville receives about 200 brains each year, from all 50 states including Alaska and Hawaii, as well as from Canada. More than half are from people with parkinsonian disorders, such as PD, PD with dementia, dementia with Lewy bodies (DLB), multiple system atrophy (MSA), PSP and corticobasal degeneration.  Given that the brain bank takes in and distributes tissue, it is important for there to be a consistent stream of donated brains, and we encourage people to consider this meaningful gift.

4. Does the family of the person who donates the brain get any information about the brain once it is donated?

Absolutely. When the diagnostic report is finished, a copy is sent to the family with a cover letter summarizing the findings in lay person language.  We are also able to provide answers to follow-up questions that the report may generate via email, phone or fax.

5. What steps can a person take to arrange for their brain to be donated for Parkinson’s research?

It is important to note that for research purposes, arrangements for brain donation need to be made before death, so that the time from death to removal of the brain is as short as possible. As soon as death occurs, there are changes that occur in the brain tissue that make it much less valuable for research. If family members decide after death that they would like to have their loved one’s brain donated, all the steps that need to take place prior to removal of the brain – including the proper consent forms, the correct transportation arrangements for the body, access to a pathologist to remove the brain (often during non-business hours) – typically can’t be arranged in time to make the brain donation a reality.

So how can arrangements be initiated during life? There are a variety of places that can assist with and facilitate brain donation. Here at the Mayo Clinic brain bank, we have a coordinator (Rachel LaPaille-Harwood, at 904-953-2439 or lapaille-harwood.rachel@mayo.edu) who assists with collecting information about the patient and then later helps with the logistics of the brain harvest and shipment, when that occurs.  A number of other academic institutions with a research interest in PD may also be willing to receive samples, especially if the patient was enrolled in clinical studies at their institution.  There are also not-for-profit organizations such as Brain Support Network and Brain Donor Project that help coordinate the logistics of brain donation to increase the number of people who are able to donate. Both of these organizations will guide you step-by-step to get you set up for donation. NeuroBioBank, the brain bank of The National Institutes of Health (NIH) partners with the Brain Donor Project to help secure donations.

It is vital to communicate with your loved ones about your decision to donate your brain and the logistics that you have pre-arranged so that they can help make the donation a reality.

6. What happens after death if a brain donation has been arranged?

If you have registered with a brain bank during life (with one of the organizations listed in question 5) your family members will be given a 24-hour phone number to call upon death to initiate the brain donation process. Transportation will be arranged and a pathologist will be contacted. Then the family will receive the body back to continue with funeral arrangements.

To support your local Let’s talk about brain donation chapter, please click the button below: