A frequently suggested blog topic is the role of nutrition – foods and supplements – in the management of Parkinson’s disease (PD). (Feel free to suggest your own topic). For a general overview of nutritional tips for someone with PD, I encourage you to view an excellent APDA webinar, entitled Living Well Every Day, that is archived on our website. The webinar presents strategies, based on firm scientific evidence, that help support a healthy lifestyle for people with PD.

But beyond these general principles, many of you are curious about various claims that you have heard about particular foods or supplements to avoid for PD, particular foods or supplements to take for PD, and specific diets to follow. There are many claims out there about what is good or not good for PD, and it is hard to know what to believe or whether to change your diet based on these reports.

In this three-part series of blogs, I am delving into some of these topics and analyzing what we know and what we don’t know as it relates to nutrition and PD. (As always, please consult your health care team to find out what is best for your particular situation.)

Part Two: What we know and don’t know about taking particular foods and supplements that are commonly suggested for Parkinson’s disease

Probiotics refer to foods or nutritional supplements that contain micro-organisms (such as bacteria or yeast) meant to support health. Probiotics therefore make up a very large category of products, including certain yogurts as well as supplements in powder and pill form. You can review the use of probiotics for general health on the NIH website here. Probiotics may work by supporting a healthy balance of micro-organisms in the microbiome, defined as the trillions of microbes that live in the human gut, and possibly by modulating the body’s immune responses.

Recently, there has been concern in medical literature that the explosion of use of probiotics in the general population has outpaced our understanding of the science behind its use. Probiotics 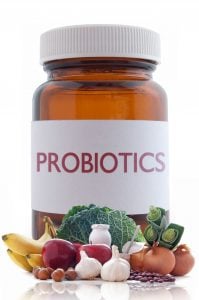 have been linked to infection, particularly in people who have compromised immune systems (such as the very young or the very elderly). Despite insufficient scientific data to support its widespread use however, ingestion of probiotics does not typically cause problems in those with normal immune systems.

In two past blogs, I wrote about the complex relationship between the gut and PD and discussed the possibility that the microbiome in patients with PD might be different than those without PD. This has led to a research interest of whether manipulating gut bacteria in PD can be therapeutic.

Indeed, a clinical trial showed that fermented milk used as a probiotic can be helpful for symptomatic management of constipation in PD. Other probiotics have not been tested as formally, so it is not known what the best preparation to treat constipation in PD is. It is also not known if probiotics offer other benefits specifically for patients with PD.

Probiotics may also be beneficial for a condition known as small intestinal bacterial overgrowth (SIBO) in which there is excessive bacteria in the small intestine (defined as 100-1,000 times the normal amount.) SIBO can cause symptoms such as abdominal pain, bloating, chronic diarrhea and weight loss. Research studies have shown that this condition is more common in people with PD than in the general population, and has also been linked to worsened motor fluctuations in PD. Using probiotics to help treat SIBO may work by re-establishing a more normal bacterial environment.  More research is necessary to better understand SIBO in patients with PD and to ascertain if probiotics are helpful for SIBO, specifically in the context of PD.

There are a plethora of foods and supplements that show antioxidant properties – defined as the potential to protect against free radicals or reactive oxygen species that can cause damage to cells.  A diet high in fruits, vegetables, berries, whole grains, nuts and seeds tends to be rich in antioxidants and is generally accepted to offer a variety of health benefits. It has been suggested that a diet rich in anti-oxidants is beneficial for maintaining maximal brain health in PD as well.

However, demonstrating that a particular antioxidant in a food or supplement is important for either preventing PD or slowing the progression of PD has proven to be very difficult. Despite much effort, there has yet to be a clinical trial that demonstrates that a particular anti-oxidant is protective of neurons in PD and is therefore recommended for everyone with PD.

Substances studied in clinical trials which have not shown benefit to people with PD:

The following substances have been studied in clinical trials and did not show benefit to people with PD: Vitamin E, creatine, coenzyme Q10, and mitoquinone. There is therefore currently no evidence supporting the use of these supplements for PD.

Substances that have not yet been studied in clinical trials:

Curcumin (a component of turmeric) and tauroursodeoxycholic (TUDCA) have been tested in pre-clinical models such as cell culture or animals. Evidence of potential benefit in these models is encouraging. However, they have not been tested in people and we therefore do not have data to recommend their use in PD.

N-acetyl cysteine (NAC) works by increasing the levels of glutathione in the body and both have been studied in PD. Because glutathione is poorly absorbed through the digestive tract, two clinical trials of intravenous (through a vein) administration of glutathione for PD have been conducted. The trials showed positive results but were small, and only one had a placebo arm (in which some of the study participants did not receive the actual drug to account for improvements that can occur due to general participation in a clinical trial).

Additional research in larger groups of patients is required to determine whether this is an effective treatment. A trial of intranasal glutathione has also been conducted, but the treatment group did not demonstrate benefit over the placebo group. NAC, which is an orally ingested supplement, may show more promise than glutathione and there is currently a clinical trial underway investigating this. We will keep an eye on the results of this trial. 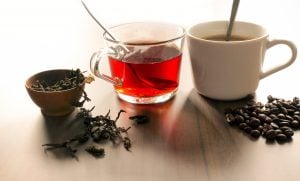 The relationship between coffee or tea drinking and lower rates of PD is an association – that is, the two tend to co-exist. We do not yet know if coffee and tea are the cause of the lower rates of PD. In addition, there are other potentially beneficial compounds in coffee and tea besides caffeine, some with anti-oxidant properties.

Researchers are exploring if there are contributions from these other substances that may contribute to the lower risk of PD. Recent research published by Dr. M. Maral Mouradian, interim director of one of APDA’s Centers for Advanced Research at Rutgers-Robert Wood Johnson Medical School and member of APDA’s Scientific Advisory Board, demonstrated how caffeine and Eicosanoyl-5-hydroxytryptamide (EHT) may work together to prevent biochemical changes linked to development of PD. Although more research is necessary to test these compounds in humans and to determine how much of these substances are necessary to achieve the protective benefit, the research is pointing in the direction of coffee being beneficial.

Various substances in green and black tea have antioxidant properties and have been shown to be protective of neurons when studied in cell culture and animal models. It is unclear however, if these effects hold true when green and black tea are ingested by people. One study for example, demonstrated that only black tea – and not green tea – conferred more of a decreased PD risk over caffeine alone, suggesting that only black tea contained an additional substance beyond caffeine to alter PD risk. More research is necessary to sort out the mechanisms by which tea decreases PD risk and the doses necessary to do so.

Whether caffeine, coffee or tea is helpful to a person who already has PD is even less clear. That is, in addition to being associated with a lower risk of developing PD, could caffeine help PD symptoms?

Different studies come to different conclusions. In one, caffeine was given to people with PD as a symptomatic medication and it did not show benefit on motor symptoms. In another however, average daily caffeine consumption in people with PD was associated with better motor and non-motor scores during the first four years of follow up after diagnosis. Clearly there is more work to be done before we can say definitively whether your morning coffee or tea is truly making a difference once you have already been diagnosed with PD.

Stay tuned next week for a discussion for the final installment in this three-part nutrition series when we’ll talk about various diet trends and whether they may benefit people with PD.

To support your local What We Know (and Don’t Know) about Taking Particular Foods & Supplements for PD chapter, please click the button below: