Skip to content
APDA Parkinson's Research Where are they now? APDA’s research success

Since 1961, APDA has been a funding partner in many major scientific breakthroughs and has awarded more than $49 million in research grants to date. 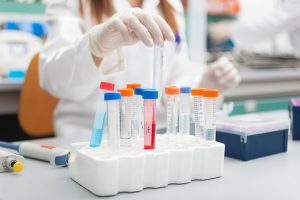 reviewed by APDA’s Scientific Advisory Board (SAB). The SAB is comprised of scientists with a wide array of backgrounds and expertise in all areas relevant to Parkinson’s disease research.

One of our goals is to bring the best new talent to the field of PD research and help encourage a passionate pursuit for answers. As such, after APDA awards a grant and the project is undertaken, we hope that the story does not end there. The funding of one project can lead to additional hypotheses to test and additional research funding from other funding sources such as the National Institutes of Health (NIH). Each step brings the PD research community closer to new treatments and eventually, a cure.

Learn how to apply for research funding

Today, we highlight three researchers who were awarded past APDA grants. We asked them about the work that was funded at the time and what has happened in their research and careers since. We hope you are inspired by their passion for their work, and encouraged by the impact APDA funding has had on their research trajectory. 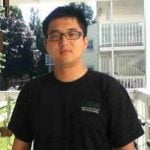 You received a grant from APDA in 2013. Can you give us a brief summary of the results of that project and its potential implications for the PD community?

In our APDA supported project, we investigated Parkin, a protein which is mutated in some forms of familial PD. We examined the role of Parkin at the synapse, the junction between two nerve cells, and particularly its role in endocytosis at the synapse, the process by which cellular material gets internalized into the cell. We found that Parkin is abnormally increased in mice defective in endocytosis and that Parkin directly interacts with particular proteins important in endocytosis, endophilin and SJ1. Our findings suggested the potential function of Parkin in regulating endocytic trafficking at synapses. Understanding what Parkin does in the cell under normal circumstances can help us understand what goes wrong to cause PD when Parkin is mutated.

What has been the general trajectory of your research and your career since 2013?

When I received the APDA award in 2013, I was a postdoc fellow in Dr. Pietro De Camilli’s lab at Yale. After that, I advanced to become an Associate Research scientist in Dr. De Camilli’s lab. In 2019, I moved to Singapore and started my own lab at Duke-NUS Medical School as an Assistant Professor.

This APDA project was the first one I spearheaded on my own during my postdoc training. Since then, I continued to focus on PD research and have had continued success in discovering the disturbances in endocytosis related to Parkin and PD. We identified the first PD mutation in the SJ1 gene (one of the proteins involved in endocytosis that interacts with Parkin) and generated and characterized a novel mouse model carrying this mutation. Now in my own lab, I continue to study the cellular mechanism of dysfunctional endocytic trafficking in PD pathogenesis.

I am grateful for their support. The basic research supported by APDA was very important to allow us to better understand disease mechanisms. Based on that knowledge, we are now continuing our work with the hopes of developing new therapeutics for PD. 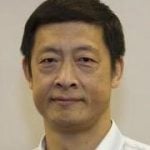 You received a grant from APDA in 2014. Can you give us a brief summary of the results of that project and its potential implications for the PD community?

Our project focused on Translocator protein (TSPO), a marker of microglia, the immune cell in the brain. We studied this protein as a potential imaging marker for cell loss in a non-human primate PD model. We next expanded this research to use TSPO as a biomarker for human PD patients using postmortem brain tissue. We published several high-impact journal articles, which we believe are of great interest to the PD research community. Our research may lead to the development of novel diagnostic and therapeutic tools for PD.

What has been the general trajectory of your research and your career since 2014?

After 2014, I successfully obtained NIH R03 and R01 grants and became an independent Primary investigator with a well-established laboratory and a strong research program on postmortem validation of imaging biomarkers for PD. I am now on Faculty in the Department of Radiology at Washington University School of Medicine in Missouri.

We built upon the work we started with the APDA grant and explored new biomarkers to distinguish between chronic and acute neuroinflammation. We also started new projects to investigate changes in the microglia and astrocyte subpopulations in PD using single-cell or single nucleus genetics.

The award gave me the confidence and start-up funding to allow me to move into the next stage of PD research as a junior investigator.

I very much appreciated the help of the donors, because it enabled me to start a career in PD research. That relatively small award of $50,000, was key in allowing me to devote my life to PD research – to improve the quality of life of the patients who are suffering from PD and to ultimately seek a cure. 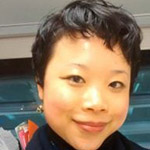 You received a grant from APDA in 2015. Can you give us a brief summary of the results of that project and its potential implications for the PD community?

Over the past 20 years, researchers have identified rare mutations in genes that can directly cause PD or increase the risk of developing the disease. Mutations in the VPS35 gene have recently been associated with inherited PD. However, it is not yet clear how mutations in VPS35 may contribute to the development of the disease. We investigated whether mutated VPS35 might collude with α-synuclein (αSyn), a protein that accumulates abnormally in the brains of people with PD, to harm dopamine neurons. Using cellular and animal models, we found that αSyn is not a major binding partner of VPS35 in cells and α-Syn appears to play a limited role in mediating the neurotoxic actions of VPS35 in the nigrostriatal dopaminergic pathway of mice. It is possible that the functional interplay between VPS35 and αSyn may not rely on their direct interaction but may rather involve additional protein partners or complexes. Understanding the interaction between αSyn and VPS35 could help develop new drugs that interfere with the actions of these proteins to prevent or treat PD.

What has been the general trajectory of your research and your career since 2015?

Since then, I continue to focus on VPS35 using various model systems and I have published my results.  I have also transitioned into a research scientist role at the Van Andel Institute in Michigan and was recently selected as a World Parkinson Congress 2022 Science Ambassador.

Absolutely! APDA was the first organization to support my research since starting my postdoc in the US. Funding from APDA provided me with critical support at a key time during my development as an independent scientist. On a personal level, the award gave me confidence knowing that the excitement I had for my ideas was shared among my peers. The simple fact that it was funded means other scientists believed both the project and I were worth supporting, and that the study was a valuable use of resources and time. It was very gratifying.

Fellowships like this provide early-career scientists with resources to build pilot data that can then allow us to further apply for longer-duration grants. My APDA-supported research led to additional funding from other sources. Without donors, research efforts would be more limited. It is only with donor support that we can do the work we do, collaborating and working together towards our common goals of understanding and treating PD.

To support your local Where are they now? APDA’s research success chapter, please click the button below: