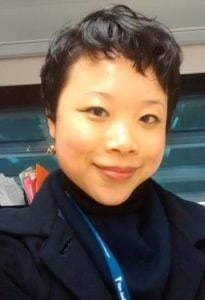 Functional Interaction of VPS35 and Alpha Synuclein in Models of PD

Dr. Chen completed her undergraduate degree in human anatomy and cell biology. Her work led her to pursue biomedical research in the laboratory of Professor Alan Morgan and Professor Bob Burgoyne at University of Liverpool where she completed both her Master and doctoral degrees. Her primary focus was to identify generally neuroprotective compounds that alleviate the functional consequences of protein mis-folding common to neurodegeneration, and to understand their mode of action using in vitro and in vivo approaches.  After successful thesis defense, Dr. Chen joined the Dr. Darren Moore’s Laboratory which uses a multidisciplinary approach to explain the normal biological function of gene products that cause inherited forms of Parkinson’s disease and the molecular mechanism(s) through which their causative mutations induce neuronal dysfunction and eventual neurodegeneration.

Recent studies suggest that mutations in the VPS35 gene is implicated in alpha synuclein induced neurodegeneration, potentially supporting a common pathologic pathway underlying the pathophysiology of PD. However, the nature of this pathological interaction is unclear and identifying the perturbed cellular pathways downstream of mutant VPS35 and alpha synuclein is important for understanding this pathophysiology.  This research will employ an integrative multidisciplinary approach to delineate the upstream and downstream neurodegenerative interactions and points of convergence of VPS35 with alpha synuclein both in vitro and in vivo. Establishing VPS35-syn neurodegenerative interactions and converging pathogenic cellular pathways could have major implications for understanding the pathophysiological mechanisms underlying VPS35-dependent neurodegeneration and PD, which in turn would expedite the development of biomarkers and pathway-targeted therapeutic interventions for PD.

We believe that we have made good progress towards completing each Aim of this proposal. Our data suggest that the functional interplay between VPS35 and alpha synuclein may not rely on their direct interaction but may rather involve additional protein partners or complexes. Alpha synuclein appears to play a limited role in mediating the neurotoxic actions of VPS35 in the nigrostriatal dopaminergic pathway of mice. Studies further exploring whether VPS35 may act downstream of alpha synuclein are ongoing in worm and rodent models.

To support your local Xi Chen, PhD chapter, please click the button below: