Although elective procedures are currently being postponed in hospitals across the country because of the necessary focus on COVID-19, eventually our hospitals will return to normal and non-emergent procedures will be performed again. This will include elective procedures for the treatment of Parkinson’s disease (PD). 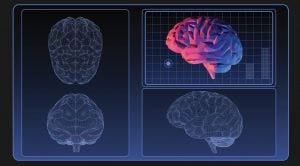 Two brain procedures that are approved for use in PD are deep brain stimulation (DBS) and high intensity focused ultrasound (FUS). I encourage you to read more about DBS and view our webinar which outlines the newest features of this procedure.

The newer of these two treatments for PD is FUS in which beams of ultrasound waves are focused on a designated target in the body, thereby concentrating enough energy to create a small lesion. Individual ultrasound waves do not contain enough energy to do damage as they pass through the body’s tissue. It is not until multiple waves are all focused on a particular spot that a lesion is formed, which can be therapeutic in certain clinical situations. Previously FUS had been approved by the Food and Drug Administration (FDA) to treat bone metastases, uterine fibroids, enlarged prostate cancer and essential tremor.

FUS Approved by FDA for Treatment of Parkinson’s Tremor

In 2018, tremor-predominant PD was added as an FDA-approved indication for the use of FUS.  When an FUS-induced lesion is created in specific locations in the brain, it can disrupt abnormal PD circuitry. In this procedure, MRI is used to precisely direct the ultrasound waves to the ventral intermediate (VIM) nucleus of the thalamus, a structure that acts as a relay station for many of the brain’s functions. Abnormalities of thalamic circuitry are known to play a role in tremor and lesioning this area of the thalamus decreases tremor.

FUS treatments of other brain regions are under investigation for other PD symptoms. A clinical trial is currently underway to test whether FUS of the globus pallidus will improve medically-refractory dyskinesias or motor fluctuations in advanced PD. Another study is investigating whether FUS of the subthalamic nucleus can help motor symptoms of PD such as slowness and stiffness.

It is interesting to note, that prior to the advent of DBS as a surgical option for PD, lesioning surgery of the thalamus and other brain areas was used to treat the symptoms of PD. In these surgeries, the skull was opened in order to enter the brain and brain tissue had to be disturbed in order to access the deep structures of the brain. FUS can perform approximately the same role as lesioning surgery in a much less invasive way.

Currently, FUS is only approved for tremor in PD, but when additional clinical trial data is available, it is anticipated that FUS will be used to treat the same set of symptoms as DBS including wearing off, motor fluctuations and dyskinesias. With the additional option of FUS to treat PD symptoms, many are wondering which treatment is better to pursue? This requires an in-depth discussion with your neurosurgeon, but I will give an overview of the pros of each procedure.

While high intensity FUS is a treatment for PD as described above, low intensity FUS can be used in an entirely different way to help treat PD. This type of FUS may allow for disruption of the blood brain barrier. The blood brain barrier refers to the cells that line the blood vessels within the brain which keep foreign substances, such as toxins and microbes, in the bloodstream and out of the brain.

Normally, this mechanism is advantageous and protects the brain. However, the blood brain barrier may also keep out molecules that could help to treat brain diseases. Therefore, disrupting the blood brain barrier could allow for penetration of these molecules into particular areas of the brain. A whole variety of different molecules such as antibodies, nerve growth factors and gene therapy may be able to take advantage of this approach. Further research is necessary to determine if this will be a useful method for drug delivery into the brain.

To support your local How can focused ultrasound help PD symptoms? chapter, please click the button below: