The pipeline for Parkinson’s disease (PD) medications is extremely crowded these days, with multiple medications at various stages of research development. This is very exciting news for the PD community and is a perfect example of the “hope in progress” part of our organization’s motto. It is thrilling to see the research that is underway, especially the potential treatments that have already made it to the clinical trial phase of development. However, this progress brings with it the welcome challenge of keeping track of all the potential compounds that are in research development! Recently, a review was published in the Journal of Parkinson’s Disease which cataloged the 145 compounds that are currently being studied in humans via clinical trials for PD. This is a staggering number and is even more exceptional when you consider the many more compounds that are not quite yet ready for human trials, but are currently being studied in the laboratory in test tubes, cell culture or animal models of PD. The number also does not account for compounds that have been studied in small clinical trials, garnered promising data, and will be studied in larger clinical trials in the near future – but are not being tested in clinical trials right now. 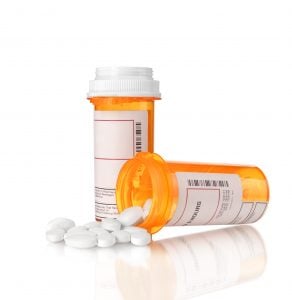 145 is a pretty long list, so we’re not going to cover all of them here. Instead we will examine the science behind some of categories of the disease modifying therapies (more on this below) that are currently being investigated as PD therapeutics in clinical trials, and I will aim to present highlights, not be comprehensive.  In future blogs, we will examine other categories.

Some background on the review

Of note, the review was authored by Kevin McFarthing, Susan Buff and Gary Rafaloff, (along with scientists at The Cure Parkinson’s Trust, a non-profit PD organization based in London, UK). McFarthing, Buff and Rafaloff are three people with PD who have each developed an exceptional knowledge of the current state of PD research and have been heavily involved in explaining that research to the PD community.

Medications in the research pipeline can be divided into two main categories: those that treat the symptoms of PD and those that are disease modifying (which means that they aim to slow down or halt disease progression). Of note, all medications currently available for PD are symptomatic treatments. There is no medication at this time that can affect the progression of the disease. Of course, the PD research community is extremely eager to find a medication that is disease modifying or neuroprotective (meaning it protects the nerve cells from damage or degeneration). There have been many attempts over the past number of years to demonstrate through clinical trials that particular compounds have neuroprotective effects but, to date, these attempts have not been successful.

People with PD have protein deposits in their brain (Lewy bodies) which are composed of accumulated α-synuclein. Preventing α-synuclein aggregation and dissolving pre-formed aggregates may be an effective strategy for treating PD. There are a number of different strategies being tested in clinical trials that attempt to address this angle of the PD problem.

There are multiple research efforts to create and test antibodies against alpha-synuclein. The antibodies work by binding to clumped alpha- synuclein and aiding in their removal. The following antibodies are currently being investigated in clinical trials:

These molecules induce the body to produce its own antibodies against alpha-synuclein. The following vaccines are being investigated:

There are established links between PD and type 2 diabetes with one study showing that people with type 2 diabetes had an approximately 30% higher chance of developing PD than those who did not.

GLP-1 agonists are molecules that are approved for use to treat type 2 diabetes. They act by mimicking human gut hormones or incretins to stimulate the release of insulin. Receptors for GLP-1 are also found in the brain and there has been a growing body of research that these molecules can have neuroprotective effects. A recent paper demonstrated that these neuroprotective effects may occur by blocking the activation of the immune cells of the brain which can be responsible for a damaging inflammatory response. You can read more about the connection between inflammation and PD here.

GBA is a gene that increases the risk of developing PD. The GBA protein works in the lysosome, the garbage disposal system of the cell, breaking down cellular products that can be harmful to the cell. Having two abnormal GBA genes causes Gaucher’s disease, which is characterized by the buildup of these cellular products. This results in fatigue, bone pain, easy bleeding and an enlarged spleen and liver. When a person inherits only one abnormal gene, he or she does not develop Gaucher’s disease; however, they  do incur a small increased risk of PD. Most people with one mutated GBA gene do not develop PD.

Enzyme replacement therapy, in which the GBA protein is given intravenously, is available as a treatment for Gaucher’s disease. This protein is too big to cross the blood-brain-barrier however, and so it does not enter the brain and does not treat any symptoms caused by the abnormal buildup of cellular components in the brain. The following strategies were developed in an attempt to compensate for the effects of the GBA mutation in the brain:

LRRK2 is a gene that causes autosomal dominant PD (only one abnormal gene is needed to cause PD), but with a reduced penetrance of 30% (only 30% of people who have the one abnormal gene will develop PD). The gene encodes the LRRK2 enzyme which adds phosphate groups onto other proteins. Mutations in LRRK2 that cause PD increase the activity of LRRK2. The exact mechanism by which LRRK2 contributes to development of PD is under investigation. There is evidence that LRRK2 acts to regulate alpha-synuclein as well as neuro-inflammation. It plays a role in the endolysosomal system, the system within the cell that specializes in transporting and breaking down the cellular products that are no longer necessary (which you can read more about here).

Similar to LRRK2, c-Abl is also an important kinase within the cell, acting on a wide range of targets and supporting many different cellular functions. Research suggests that overactivation of c-Abl is a downstream effect of oxidative stress and may play a role in neurodegeneration in PD. There is also research to suggest that increased c-Abl activation correlates with alpha-synuclein aggregation. These findings and others led to the possibility that inhibiting c-Abl may be a helpful strategy in PD therapy.

Nilotinib, which is a c-Abl inhibitor used to treat blood cancers has been tested in two clinical trials for PD and was not found to be efficacious. Limitations of nilotinib however, include poor penetration into the brain and lack of specificity, meaning it inhibits other kinases besides c-Abl to some degree.  Therefore, new molecules were designed with better brain penetration and specificity and these are now in clinical trials, including:

All in all, there are many new and exciting potential therapies that are under investigation and we will continue to update you as results of these trials are available. Next week, APDA will announce its newly-funded research grantees for the 2020-2021 academic year. Stay tuned for more details on the research projects that we are funding, including our new Diversity in Parkinson’s Disease Research grant. Our new pool of grantees will continue to push the field of PD research forward, introducing new ideas to the field and new possibilities in PD therapy. We are so proud to be invested in this vital work!

To support your local The Future of Parkinson’s Disease Treatments chapter, please click the button below: