The relationship between Parkinson’s and Apathy

One of the most challenging and puzzling non-motor symptoms of Parkinson’s disease (PD) is apathy. Apathy is defined as a feeling of indifference or a general lack of interest or motivation in activities. People with PD may feel that they have lost their “get up and go”, and can’t muster enthusiasm for anything – even things they once engaged in and enjoyed.  Apathy can be a very frustrating non-motor symptom of Parkinson’s disease (PD) not only for the person with PD but also for care partners, friends and family.

Apathy can co-exist with other non-motor symptoms of PD 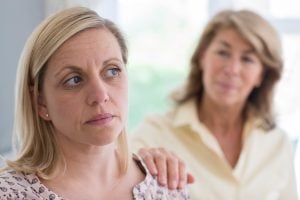 Apathy can occur along with depression, but it can also occur on its own, without depression. Someone who is apathetic might not feel sad or despondent, but simply has no interest in doing the things that he/she used to find fulfilling. It can be very trying, both for the person with PD as well as for the care partner, to lose that feeling that once drove the person with PD to plan and accomplish tasks.

What makes the situation even more complicated is that someone who is purely apathetic and not depressed, may nevertheless seem depressed to loved ones and friends. So apathy can both accompany depression and mimic depression.

Apathy can interfere with living your best life with PD

Apathy can interfere with a person’s commitment to exercise, participation in therapy, or engagement in social opportunities, which makes it a big challenge for people with PD who, more than most, need to engage in these activities to stay as mobile and cognitively engaged as possible. Withdrawing from the things, activities and people you once enjoyed can have negative effects on your physical and mental health, so it is important to maintain at least some of the these elements despite the challenges of apathy.

Apathy can be more frustrating for care partners than for people with PD themselves.

A person with PD may be very aware of a change in his/her level of motivation. However sometimes apathy can be accompanied by a lack of self-awareness about the issue. The person with PD may feel content, does not understand why his/her care partner is so insistent that he/she participate in an activity and is not aware that his/her disinterest is actually a symptom of PD or is affecting those around him/her. This can fuel intense frustration and resentment in the care partner who may feel that “My husband does not want to help himself!” It can also make it hard for those who want to spend time with the person with PD and engage with them because they can be met with indifference or disinterest, which after a time can be discouraging.  However, it is important to not give up and to still spend time with the person with PD, even if just sitting quietly together.

As with any symptom, discuss it with your medical doctor and neurologist 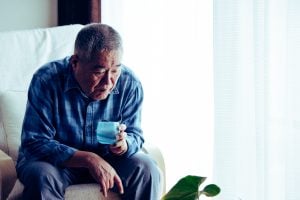 There are no medicines available for apathy, but there are ways to help

Unfortunately, there are no medications currently approved to treat apathy, which can make the situation even more frustrating. A small trial using rivastigmine for apathy showed that it may be effective, but a larger trial needs to be done to conclusively determine if it works.

But the good news is that there are ways to improve the situation:

To support your local Apathy and Parkinson’s Disease chapter, please click the button below: