Skip to content
APDA Parkinson's Disease Symptoms Cognitive decline in Parkinson’s disease – is there anything we can do about it?

For many people, one of the most concerning non-motor features of Parkinson’s disease (PD) is cognitive decline. Attention, working memory, executive function, memory, language and visual reasoning are the cognitive skills most frequently affected in PD which can be concerning because these skills allow us to perform daily functions such as paying attention, solving problems, remembering where items are and how to do certain tasks. 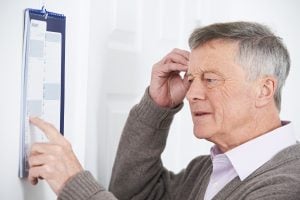 Cognitive changes can be an intrinsic part of PD, caused by abnormal accumulation of the protein alpha-synuclein into Lewy bodies in the thinking areas of the brain. When this occurs, there are strategies ranging from cognitive therapy to medications to help support cognitive function which you can read about here.

Today’s blog will focus on a different angle – on the vast array of treatable medical problems that can worsen cognitive function. These factors are crucial to identify, because if they are treated, cognitive function may improve.

I will start off by discussing one factor that is rarely mentioned in discussions of cognitive decline in PD, but is a highly treatable contributor to cognitive difficulties – hearing loss. Abundant research exists that supports the claim that hearing loss impacts cognitive function. The connection was recently highlighted in in the New York Times and in the Wall Street Journal.

How can hearing loss contribute to cognitive decline?

It makes sense that hearing trouble can impact cognition. People who do not hear well: 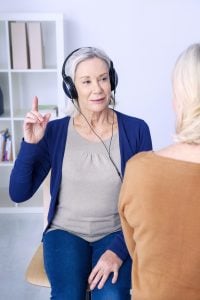 If those around you tell you that your hearing appears to have diminished, get your hearing evaluated with an audiogram. Improving your hearing with hearing aids could have many positive impacts on your well-being, and potentially improve cognitive functioning as well.

Other possible contributors to cognitive decline in Parkinson’s

Hearing is not the only modifiable contributor to cognitive decline. Consider reviewing this list with your doctor to make sure that you do not need to be evaluated for any of these conditions:

To support your local Cognitive decline in Parkinson’s disease – is there anything we can do about it? chapter, please click the button below: