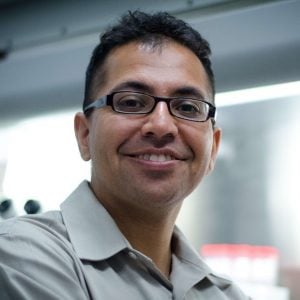 Dr. Khurana is Chief of the Division of Movement Disorders at Brigham and Women’s Hospital and Harvard Medical School, where he also leads the Dr. B.R. and Dr. C.R. Shetty Initiative in Parkinsonian Disorders. He is Principal Faculty at the Harvard Stem Cell Institute, Associate Member of the Broad Institute of Harvard and MIT, and Senior Advisor to Yumanity Therapeutics, a company he co-founded in 2014. His clinical and research interests relate to neurodegenerative disorders focusing on Parkinson’s disease (PD) and related dementias, rarer disorders including multiple system atrophy and ataxias. Patients with these disorders are seen by him at Brigham and Women’s Hospital.

Dr. Khurana is a medical graduate of the University of Sydney, Australia, and came to Boston as a Fulbright Scholar in 2001, obtaining his Ph.D. in neurobiology from Harvard University in 2006. He completed his neurology residency at Brigham and Women’s and Massachusetts General Hospitals, and fellowship in movement disorders and ataxia at Massachusetts General Hospital, where he was on the faculty from 2012 to 2016. Dr. Khurana received postdoctoral training in the laboratories of Drs. Susan Lindquist and Rudolf Jaenisch at the Whitehead Institute for Biomedical Research (MIT), at which time he led some of the first studies to identify and reverse pathologies in human stem cells derived from PD patients.

His current research continues to bring stem-cell technologies toward personalized and precise diagnostics and therapeutics for neurodegenerative disorders. Dr. Khurana’s research has been recognized through awards from the American Academy of Neurology, American Australian Association, Department of Defense, Multiple System Atrophy Coalition, National Ataxia Foundation Parkinson’s Disease Foundation and the NIH. In 2018, he was named a Robertson Investigator of the New York Stem Cell Foundation.

In this project we investigate whether α -synuclein exerts toxic effects on the cell by interacting with messenger RNA (mRNA)-binding proteins.

Mutations in α-synuclein can cause PD, definitively tying this protein to development of disease. Whether and how α-synuclein exerts a toxic effect on the cell, however, remains poorly understood. In order to understand what α-synuclein does in a PD neuron, we generate induced pluripotent stem cells (iPSC) from our PD patients with α-synuclein mutations, which can be differentiated into neuron and glia cells. Using these cells, we have explored genetic and physical interactions of α-synuclein, and discovered unexpectedly, that α-synuclein influences the biology of mRNA, the intermediary molecule between DNA and the proteins that it encodes. It does so by directly interacting with proteins that bind mRNA.

In our proposal, we will use IPSCs created from people with dementia and parkinsonism due to specific mutations in or over-expression of α-synuclein. Using these cells, we will investigate the changes to mRNA biology that can be attributed to changes in α-synuclein. In this proposal we thoroughly investigate the possibility that changes in the biology of mRNAs and the proteins that bind them is a key cellular pathology in synuclein related diseases.

If α-synuclein is shown to change mRNA functioning, this could lead to the identification of new therapeutic targets and potential gene therapy approaches.