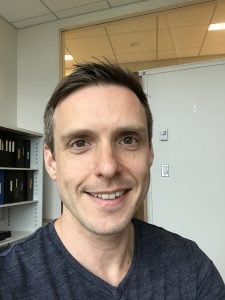 Dr. Bartels is currently leading the program “Structure-Function Relationship in Neurodegeneration” at the Dementia Research Centre at the University College London in addition to his position as Assistant Professor of Neurology at Brigham and Women’s Hospital and Harvard Medical School. He received his Master’s Degree in Chemistry at the Technical University, Munich and his PhD in Biophysics at the Adolf Butenandt Institute, Munich under the direction of Dr. Christian Haass. He continued his post-doctoral training with Dr. Dennis Selkoe at Brigham and Women’s Hospital and Harvard Medical School where he also accepted his first faculty position as Instructor and later Assistant Professor of Neurology. His lab is dedicated to αsyn folding/misfolding in Lewy body (LB) disorders and in the involvement of lipids in neurodegeneration.

The goal is to understand clumping of lipids, or fat particles, with αsyn in LBs as a biomarker of disease as well as to elucidate the role of lipids in the abnormal accumulation of αsyn

The interaction of αsyn with lipids has long been thought to have a stabilizing effect and protect against disease associated changes. Recent data seems to suggest that lipids can also be involved in the pathogenic mechanisms underlying PD.

We are using a novel extraction method to isolate LBs from PD brain tissue and probe their lipid content by mass spectrometry. In parallel, we are mapping how lipid accumulates with abnormal protein aggregation.

Understanding how αsyn is destabilized by lipids can enable the design of small molecules that prevent pathological changes. Furthermore, changes in lipid metabolism may be useful as a biomarker in PD.

To support your local Tim Bartels, PhD chapter, please click the button below: