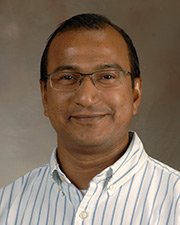 The goal of this project is to develop a biochemical test to detect small amounts of α-synuclein oligomers in blood.

The misfolding and aggregation of α-synuclein in neurons is a key event in the development of PD that begins years or decades before the appearance of motor symptoms. To date however, there is no definite, sensitive and predictive laboratory test available to identify individuals who have started to develop PD pathology, but have not yet manifested motor symptoms. The availability of a test to diagnose pre-motor PD is of utmost importance for the development of disease-modifying or preventive therapies for PD. Recent studies have suggested that α-synuclein clusters or oligomers circulate in biological fluids such as cerebrospinal fluid (CSF) and blood, which opens up the possibility that these circulating aggregates could serve as the basis of a diagnostic test for PD.

We have recently adapted an assay called Protein Misfolding Cyclic Amplification (PMCA) for the detection of misfolded α-synuclein oligomers in CSF. The current project will expand the applicability of this technology to detect small amounts of α-synuclein oligomers in blood. We will use well-characterized plasma samples from PD patients, individuals affected with other synucleinopathies, and healthy controls to perfect the assay.

The findings obtained here will lay the foundation for the development of a low cost, non-invasive early diagnostic test for PD.