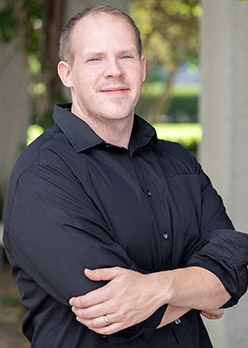 Dr. Beier received his B.S. Degree from the University of Wisconsin-Madison. He performed his PhD research in the lab of Dr. Connie Cepko at Harvard Medical School, where he engineered novel viruses for neuronal circuit mapping applications. He then did a joint postdoc in the labs of Drs. Liqun Luo and Robert Malenka at Stanford University, where he used the viral technologies he developed to understand structure-function relationships of midbrain dopamine circuits. He is currently an Assistant Professor of Physiology and Biophysics at University of California, Irvine. His lab is interested in identifying how time and experiences modulate neural network activity to drive pathological conditions such as Parkinson’s disease (PD).

To identify how basal ganglia network activity is modulated during dopamine depletion and how these changes contribute to PD pathogenesis.

PD is characterized by a loss of dopaminergic neurons in the substantia nigra. By the time that symptoms present in PD patients, a 50% or greater loss of striatal dopamine has already occurred. The loss of dopamine causes substantial changes in the function of the basal ganglia, a brain network responsible for motor function and motivated behavior. It is clear that changes in brain function begin at the earliest stages of dopamine loss, before the onset of symptoms. If we could identify where and when these changes occur, we may be able to prevent the cascade of brain-wide changes that lead to PD.

It has been difficult to identify which neurons and pathways in the brain are altered during PD pathogenesis, and in what order. A key barrier has been the lack of suitable technologies to screen for brain-wide changes that occur with the loss of striatal dopamine, as occurs over time in PD patients. Here, we will use a novel viral-genetic approach that I developed to identify how neuronal circuit activity in the basal ganglia changes during the loss of striatal dopamine.

The rabies virus works by infecting one neuron (called the starter neuron), replicating in it, and then crossing to adjacent input neurons via the synapses, or connections, that the starter neuron has with its neighbors. By following the paths that the rabies virus takes, the connectivity of neurons can be explored. In addition, the extent to virus spread is dependent on the activity of these connections. We will use rabies virus activity mapping to identify how neuronal cell activity is modulated throughout the basal ganglia as a function of dopamine depletion. We will first use the rabies virus to map input cells to eight different defined cell populations in the basal ganglia network. We will then perform these experiments in animals with different, defined levels of dopamine depletion. We will construct network-wide maps detailing how cellular activity throughout the basal ganglia differs with low and high levels of dopamine depletion. We aim to use these approaches to identify key circuit targets for use as early biomarkers and potential therapeutic targets for PD.

A key reason that PD is difficult to treat is that by the time patients are diagnosed, a substantial loss of midbrain dopamine neurons has already occurred. Identification of key brain changes that occur prior to the development of symptoms could provide biomarkers and/or therapeutic targets for early intervention. We hope our studies can identify key cell populations whose activity is modulated at the early stages of dopamine depletion and contribute to PD pathogenesis. This information could serve as the foundation for future approaches to treat or prevent PD.

To support your local Kevin Beier, PhD chapter, please click the button below: