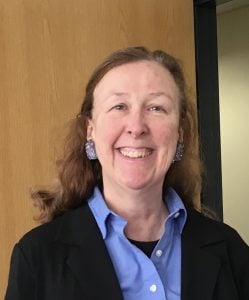 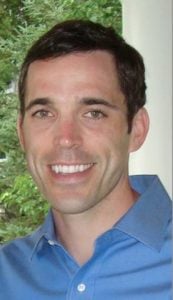 Dr. Cronin-Golomb’s research is focused on neuropsychology (behavioral neuroscience) with a specialty in non- motor function in PD. As member of the Department of Psychological and Brain Sciences, Dr. Cronin-Golomb is also a member of the Clinical Program, and the Program in Brain, Behavior and Cognition and the Interdisciplinary Center for Neuroscience. In the Vision and Cognition Laboratory, the team uses behavioral methods to examine perception and cognition and relate them to normal and abnormal brain activity and to measures of daily function and quality of life. In addition, they examine additional non-motor symptoms of Parkinson’s disease such as mood disorders and have conducted studies on sleep and autonomic function. An important finding common to several of these studies is that specific non-motor impairments are associated with Parkinson’s disease subgroups such as side of disease onset (left vs. right) or type of motor symptom at onset (tremor vs. non-tremor), as well as differences between men and women with PD. These findings show the importance of carefully documenting individual and subgroup characteristics and understanding their potential importance to the motor and non- motor symptoms of PD. Several of current studies incorporate interventions based on what has been learned in the lab, including attentional training for spatial cognition, cognitive-behavioral therapy for anxiety, training for biological motion perception, and visual cues for improvement of gait.

Dr. DeGutis is a member of the Psychological and Brain Sciences team at Boston University, VA Boston Healthcare System. His broad area of research is cognitive neuroscience with a specialty in cognitive rehabilitation of attention. Dr. DeGutis is co-director at the Boston Attention and Learning Laboratory. This team uses behavioral and functional MRI methods to characterize attention-related deficits in acquired brain injury, post-traumatic stress disorder, age-related cognitive decline, and most recently PD. They have also developed computer-based cognitive training methods and are in the process of developing non-invasive brain stimulation methods (e.g., transcranial magnetic stimulation) to enhance attention in these populations. In particular, over the last seven years the group has developed a computer-based training paradigm that promotes a more focused, flexible state of attention.

The non-motor symptoms of PD such as of cognition, mood, motivation, and sleep are highly prevalent, more detrimental to subjective quality of life than the motor symptoms, and relatively unrelieved by medication. There is growing recognition of the need to identify cognitive impairment early and to apply interventions to slow decline. Unlike many treatments available today, training programs to enhance specific cognitive processes are inexpensive, have no significant side effects, can be performed at home, and in several cases have shown enduring effects, but few well-controlled studies have been performed in PD. Impairments in sustained attention and inhibitory control are common in PD and underlie many cognitive impairments, suggesting that enhancing sustained attention may improve a broad array of cognitive symptoms.
The data from the initial “proof of concept” project funded by APDA in 2015 supports the ability of the attentional training paradigm, Tonic and Phasic Attentional Training (TAPAT), to improve attention and cognition and reduce gait difficulty in PD. The new, second step of the study is to perform a randomized controlled trial of TAPAT vs. “usual care” test-retest control, using a short, sensitive neuropsychological assessment to decrease test administration time and therefore participant burden.
To better understand the effectiveness of this training intervention in PD, we will compare four weeks of attention training vs. “usual care” (test-retest control) group for their ability to reduce cognitive, gait, motor, and other non-motor functional symptoms. Results will be assessed pre- and post-training as well as after a no-contact period to determine the generalizability and longevity of effects.
In this second-step study, we are evaluating the promise of TAPAT to improve cognitive and other non-motor and motor functions in PD. Our preliminary results suggest that training sustained attention can generalize to improvements in visuospatial perception and attention, working memory and executive function, learning and long-term memory, as well as reducing disease severity, including in postural instability and gait dysfunction (PIGD). The PIGD finding may reflect the “posture second” tendency of persons with PD at baseline, with enhanced post-training attention devoted to posture and gait.