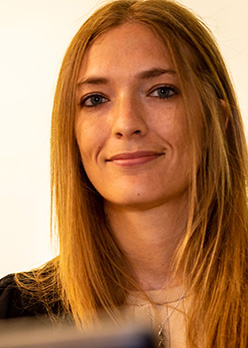 Dr. Darling received her PhD from the University of South Florida studying the effects of chaperone proteins on neurotoxic proteins found in neurodegenerative diseases. She is currently a post-doctoral fellow at the University of Pennsylvania in Dr. James Shorter’s lab.

To genetically engineer TRIM11, a chaperone protein, to more effectively combat toxicity from the pathological aggregation of α-synuclein.

Patients with Parkinson’s disease (PD) have protein deposits in their brain termed Lewy bodies. The main component of these deposits is aggregated α-synuclein. Preventing α-synuclein aggregation and dissolving pre-formed aggregates is an effective strategy for reducing toxicity. A class of helpful proteins known as protein disaggregases have the ability to dissolve protein aggregates. One such recently identified protein is TRIM11. It can both prevent protein aggregation and dissolve pre-formed aggregates leading to diminished pathology in a PD model.

We plan to develop TRIM11 genetic variants and test their ability to rescue toxicity induced by aggregating α-synuclein in a yeast model. Additionally, we will test the ability of these variants to prevent α-synuclein aggregation and dissolve pre-formed oligomers and fibrils.

Our studies will potentially allow us to identify a safe and effective therapeutic strategy to treat patients with PD.

To support your local April Darling, PhD chapter, please click the button below: