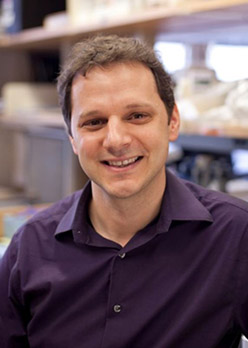 Identifying novel repeat expansions as a cause of Parkinson’s disease

Andrew Sharp is Associate Professor of Genetics and Genomic Sciences at the Icahn School of Medicine at Mount Sinai, New York. His laboratory analyzes DNA sequencing, gene expression, and genome regulatory information using a variety of novel approaches. By studying changes in the human genome, his work seeks to understand how genetic differences in the population predispose certain people to disease. Much of his work focuses on complex regions of the genome that are often ignored in many other studies. He has received multiple awards from both the European and American Societies of Human Genetics for his work.

We will use newly developed analysis approaches to look for tandem repeat expansions in genome sequencing data from thousands of individuals with PD and controls.

We anticipate that this work will lead to the identification of novel genetic causes of PD. This will improve understanding of the genetic risk factors which cause PD, improve diagnoses and allow genetic counseling, and also provide a basis for the future development of therapies for individuals with PD that are caused by tandem repeat expansions.

To support your local Andrew Sharp, PhD chapter, please click the button below: