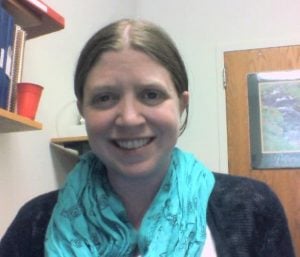 Comparison of microRNAs across Parkinson’s brains and biofluids

Dr. Latourelle is a genetic epidemiologist who has been involved in the study of the genetics of Parkinson’s disease since 2002. Upon appointment to the Department of Neurology at the Boston University School of Medicine in 2009 she has worked in affiliation with the Neurogenetics laboratory on the development and implementation of novel methods for in-depth analysis of large-scale datasets generated in genome-wide association studies (GWAS), microarray, and sequencing studies of DNA, RNA and microRNAs. Particular emphasis includes studies of alternate phenotypes such as age of onset, dementia, disease penetrance and gene expression, including recent work relating genetic variation with gene expression data to assess potential functionality of observed genetic associations to PD. In addition to her recent research into the effects of miRNA on neurodegenerative disease, she is currently leading a project using functional linkage networks to allow efficient analysis of the potential impact of gene-by-gene interaction on Parkinson’s Disease risk.

miRNAs are small non-coding mRNA molecules that regulate gene expression and due to their small size may cross the blood-brain barrier and circulate in peripheral fluids such as CSF or blood serum. Because of this unique property, miRNAs show clinical promise as biomarkers for neurodegenerative diseases.  This study will comprehensively compare the miRNA profile observed in Parkinson’s Disease brain samples to that observed in cerebrospinal fluid (CSF) and serum, allowing the identification of neuro-pathologically relevant, yet clinically accessible miRNA for potential use as biomarkers.  The completion of this project will provide the first step in translating neuro-pathologically derived miRNA profiles into accessible biomarkers. These biomarkers will have potential clinical utility in monitoring the efficacy of therapeutic interventions or for categorizing Parkinson’s Disease cases at increased risk for rapid progression or dementia, which is also of relevance to clinical trials.

The purpose of this study is to compare the miRNA-sequencing seen in Parkinson’s Disease brain with that seen for the same individual in CSF. The team has a total of 31 Parkinson’s Disease and 11 control miRNA-sequencing results and currently heavily involved in the analysis of this data.  They are implementing linear models using LIMMA to test for differential miRNA levels, adjusting for batch, sex, RIN, postmortem interval, and age at death as needed.  The subset of PDD cases are being similarly examined for miRNAs specifically implicated in dementia and finally association to clinical and pathological features such as age of motor onset, Lewy body staging, and Braak scoring will also be evaluated in these extensively clinically and neuropathologically defined samples.

To support your local Jeane Latourelle, DSc chapter, please click the button below: