Guidance for the Parkinson’s community on medical marijuana treatments.

Parkinson’s disease (PD) can be very challenging to cope with, causing a mixture of motor and non-motor symptoms that affect nearly every aspect of daily living. Although the medications that doctors prescribe can be helpful, there remain gaps in what the medications can treat. Understandably, people with PD are eager to find alternative methods to help their symptoms, leading many of these patients to look into whether other therapies, such as medical marijuana, also known as medical cannabis, can be useful.

Cannabis and the brain

Cannabis is a genus of plant that when ingested by humans, can exert numerous effects on the brain and body. The cannabis plant, of course, did not evolve to be used by humans. Humans however, are naturally curious about their environment, and discovered these effects nevertheless. In this regard, cannabis is no different from many other plants from which humans have extracted products, such as the foxglove plant from which digoxin, a medication for heart disease was derived, or the Taxus species of plants from which paclitaxel, a medication for certain cancers was derived.
With further scientific investigation, it was discovered that the effects of the cannabis plant occur through the binding of certain chemicals in cannabis to a system of receptors in the human brain, named the endocannabinoid system (ECS). Cannabis contains more than 60 of these chemicals.

The endocannabinoid system (ECS) is composed of:

Through this binding, the ECS regulates many functions including mood, pain, memory, and appetite. The name of this system is unfortunate, as it implies that it evolved with cannabis in mind. The reverse is true. First the ECS evolved in humans. Then scientists discovered that certain chemicals in the cannabis plant could mimic the naturally occurring chemicals that are meant to bind the receptors.

Cannabis is a substance that can be abused – that is, taken for non-medical reasons in a manner that can be harmful. Cannabis can stimulate the reward system of the brain and cause a pleasurable “high”, which can then be sought after by the user, leading to further use.  Cannabis can change how a person perceives their surroundings and affect memory, reaction time, judgement, and ability to learn. Despite this, it was noted anecdotally by users that certain medical problems, such as chronic pain for example, were improved with marijuana. This led to efforts to create medical marijuana – purified chemicals from the cannabis plant, used at the doses that produce the desired result without harmful effects.

The two primary chemicals that are isolated from the cannabis plant are Delta-9-tetrahydrocannibinol (THC) and Cannabidiol (CBD). THC exerts the mind-altering effects that recreational marijuana is known for, whereas CBD does not. For the most part, medical marijuana consists of purified combinations of these two chemicals in varying ratios. The combination can be dispensed as a liquid, pill or nasal spray. Both THC and CBD interact with the ECS.

Since CBD and THC are chemicals that occur naturally in a plant, they were by definition not designed to combat any of the symptoms of PD. It is unreasonable therefore to expect that they will be a solution to all that ails a person with Parkinson’s. More research needs to be done, but based on what is known about the biology of cannabis, one could hypothesize that THC and/or CBD may be helpful for aspects of PD such as tremor, stiffness, insomnia, dystonia, pain, dyskinesias or weight loss. However, clinical trials are needed to prove:

Because the history and politics of marijuana trigger such strong emotions, it is understandable that the public has begun to think of THC and CBD as unique substances with their own rules. But they should not be viewed this way. They are chemicals found in plants that have effects on the human brain and body and may help humans cope with some difficult medical symptoms. And if they are used by humans to cope with a medical symptom, then they are medications. To that end, we need to treat THC and CBD as the medications that they are and subject them to the same standards that we do any medication. Clinical trials can help us understand what symptoms they treat and what doses are needed. A major limitation to performing clinical trials with medical marijuana is that the federal government continues to consider marijuana an illegal substance and will not fund research involving marijuana. There are various efforts to try to change this, with the hope of opening up medical marijuana to further study.

Clinical Trials in Parkinson’s disease with CBD and THC

A few clinical trials have been conducted investigating the role of CBD and THC in PD. In one, an open label study of CBD (in which doctor and patient were both aware that the patient was receiving treatment and there was no control group) was conducted on six patients with psychosis. Psychotic symptoms decreased. In a second trial, an open label study of CBD was conducted on four patients with REM behavior sleep disorder. Symptoms decreased.  In a third, a double blinded trial of 21 patients were treated with CBD. Motor scores did not improve, but quality of life scores did. In another, patients at a movement disorders center were asked to fill out an anonymous questionnaire about their experience with cannabis. Of the 84 patients who admitted to using cannabis, 39 described mild or substantial improvement of PD symptoms including tremor and dyskinesias.

The available studies have been summarized in a review paper in this table.

In 2017, the National Academies of Science, Engineering and Medicine released a report based on a review of 10,000 scientific abstracts concerning research into marijuana’s effects on all aspects of health and disease. They published their conclusions. They concluded that there was not enough evidence in the literature to currently support the use of medical marijuana in PD – as opposed to conditions such as chronic pain, chemotherapy-induced nausea, and multiple sclerosis among others, for which supportive evidence is available. This means that more studies need to be done in PD.  One study is currently underway at University of Colorado.

Despite this lack of data, PD is typically one of the diseases for which a patient can obtain medical marijuana in the states in which it is available. Now the medical community needs to play catch up – and after the fact, provide the data to decide whether these medications truly work for symptoms of PD and are safe. Read more about CBD and Parkinson’s disease.

In the states that require a doctor’s prescription for medical marijuana, it is usually distributed from specific dispensaries and not from a general pharmacy. Doctors often are required to take a special course before they are allowed to prescribe. Many doctors have not taken this course which means that only a subset of doctors can prescribe marijuana. This leaves the ability to obtain 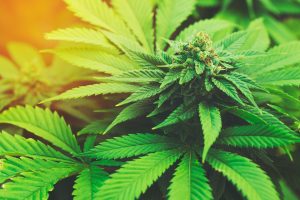 To support your local Medical Marijuana and Parkinson’s disease chapter, please click the button below: