Similar to other complex diseases, the reason a particular person develops Parkinson’s disease (PD) is likely a combination of genetic makeup and environment. In most people, the genetic contribution to disease development may be due to a number of different genes and the interactions between them. For only a very small percentage of people with PD, about 10%, the disease can be attributed to a single abnormal gene. Figuring out the identity and contributions of all the different genes that play a role in disease development is a very hot topic in PD research today.

Who should consider a genetic test for Parkinson’s?

There are two groups of people who might consider getting genetic testing and we will discuss each group separately.

Why genetic testing for Parkinson’s disease is complex:

In addition to the above, it is important to realize that not all genes associated with PD contribute to disease in the same way:

To make things even more complicated, in some situations, harboring one autosomal dominant or two autosomal recessive mutations is still not enough to cause disease. This phenomenon is referred to as reduced penetrance and means that a person may harbor the disease-causing mutation and not develop the disease. Additional genetic or environmental factors must also need to be in place for the disease-causing mutation to manifest itself.

Because of all this complexity, it is imperative that before you undergo genetic testing, you first meet with a genetic counselor who will explain in detail what the test can and cannot tell you. And you also need to discuss with your neurologist what you might (or might not) do with the results, as your options are quite limited.

People who already have PD: Should I get tested and what do I do with the results? 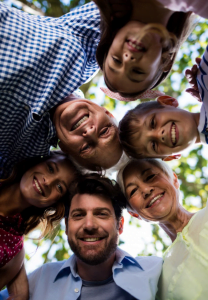 Up until recently, even people with PD with a very extensive family history of PD would not necessarily receive genetic testing because there were no clear uses for the results. There has been research directed at figuring out whether PD caused by or associated with certain mutations have particular clinical characteristics (e.g. more or less cognitive impairment, more or less dystonia). However, there remains so much variability in clinical characteristics even among people with the same PD mutation, that there are still no clear practical implications in knowing whether a PD patient harbors a particular mutation.  There is also, so far, no difference in treatment or management of PD whether or not the patient harbors one of the known mutations. That may change however, with the advent of clinical trials that target particular mutations.

There are two genes that have received particular attention recently because medications are being developed that target those with mutations of these genes.

GBA is a gene that increases the risk of developing PD. The gene encodes for the GBA enzyme, a protein used by the body to break down cellular products. Having two abnormal GBA genes causes Gaucher’s disease, which is characterized by the buildup of these cellular products resulting in fatigue, bone pain, easy bleeding and an enlarged spleen and liver. When a person inherits only one abnormal gene, he or she does not develop Gaucher’s disease, but does incur a small increased risk of PD. Most people with one mutated GBA gene do not develop PD.

Enzyme replacement therapy, in which the GBA protein is given intravenously, is available as a treatment for Gaucher’s disease. This protein is too big to cross the blood-brain-barrier however, and so it does not enter the brain and does not treat any symptoms caused by the abnormal buildup of cellular components in the brain.

There are a number of clinical trials that focus on altering the abnormal GBA cellular function. Below, I provided a link to each trial’s webpage on clinicaltrials.gov, an international database of clinical trials and their corresponding National Clinical Trial (NCT) numbers.

LRRK2 is a gene that causes autosomal dominant PD (only one abnormal gene is needed to cause PD), but with a reduced penetrance of 30% (only 30% of people who have the one abnormal gene will develop PD). The gene encodes the LRRK2 enzyme which adds phosphate groups onto other proteins. Mutations in LRRK2 that cause PD, increase the activity of LRRK2.

The pharmaceutical companies that are looking for clinical trial participants who have specific mutations are incorporating genetic testing into their trial design and collaborating with various partners to increase access to genetic testing. If a person is obtaining genetic testing for LRRK2 and GBA outside the context of a clinical trial, he/she should be aware that while all commercial PD genetics panels test for LRRK2 mutations, some do not include GBA. GBA testing is commercially available, but may need to be ordered separately.

Direct-to-consumer genetic testing is available, without involving a physician, typically using a mailed-in saliva sample. This is different from commercial labs that provide PD genetics panels that can only be accessed with a doctor’s prescription. Some PD patients and family members may consider getting PD genetic testing via this method. A summary of direct-to-consumer genetics testing, is provided on this NIH web page.

Before you pursue this method of testing, you should consult with your neurologist and be aware of what PD genetic testing is actually being provided. For example, the standard genetic testing of the direct-to consumer company 23andme, consists of only two variants in the LRRK2 and GBA genes. Therefore, anyone who carries a mutation in another gene or who carries a less common disease-causing mutation in LRRK2 and GBA, will receive a report that they do not carry the tested mutations, and may misunderstand that they do not carry any mutation. If you do decide to pursue testing in this manner, please review the report with your neurologist to make sure that you understand it correctly.

To summarize, at this juncture, the only practical implication of genetic testing for people with PD, is potential participation in particular clinical trials. However, as we discover more about the genetics of PD, genetic testing will expand and there will likely be more and more reasons to get tested.

Family members without symptoms: Should I get tested and what do I do with the results? 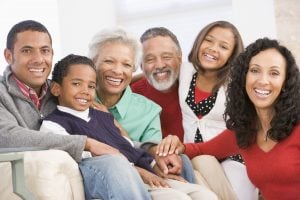 Genetic testing of people with a family history of PD but no symptoms is even more tricky. As mentioned above, some mutations that cause PD have decreased penetrance and a large percentage of even those who carry the mutation will not develop the disease. For example, LRRK2 is only 30% penetrant, which means that only 30% of the people who have the mutation will develop the disease. This makes testing of asymptomatic people more complicated because even with the mutation, there is a 70% chance of never having to worry about the disease at all. The decision to get genetic testing must therefore be done after fully understanding of all the available information and with the advice of a genetic counselor.

To support your local The complicated world of genetic testing for Parkinson’s disease chapter, please click the button below: