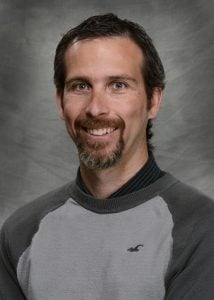 Dr. Mata is a Research Biologist at the VA Puget Sound and an Assistant Professor of Neurology at the University of Washington. He received his BSc and PhD degrees from the University of Oviedo, Spain although he did most of his PhD research at the Mayo Clinic in Jacksonville, FL under the supervision of Dr. Farrer. In 2006 Dr. Mata moved to Seattle to do his postdoctoral fellowship with Dr. Zabetian where he became faculty at the University of Washington in 2011. His current research focuses on the identification of genetic risk factors for several quantitative traits involved in cognitive impairment in Parkinson’s disease (PD) as part of the Pacific Udall Center and the identification of novel genes causing familial forms of PD. He is especially interested in studying the genetics of under-represented populations such as Latinos, and he is performing the first genome-wide association study in Latinos with PD. He is the co-director of the Latin American Research Consortium on the Genetics of Parkinson’s Disease (LARGE-PD).

Research In The News:

PD is the second most common neurodegenerative disorder and affects people from all ethnic backgrounds. To date, many genes associated with PD have been identified, primarily in populations of European or Asian ancestry. However the role of these genes in other populations and specifically in Latinos is largely unknown.
The current lack of knowledge about the genetics of PD in Latinos restricts the applicability and usefulness of genetic tests in this population and poses a major barrier to widespread use of future promising clinical applications based on genetic profiles, potentially increasing existing health disparities.
Recent advances in genome technologies now allow the design of comprehensive gene panels that in a rapid and cost effective fashion sequence all genes of interest using Next Generation Sequencing (NGS). We will use a recently developed NGS research panel to sequence, in 350 Latino PD patients with family history, all exons and exon/intron boundaries of a total of 42 genes known to harbor variants that either cause familial PD or “atypical” forms of Parkinsonism and dementia in European populations. To determine the possible pathogenicity and frequency of novel variants in Latin America we will also genotype all validated likely pathogenic variants in our entire LARGE-PD cohort using TaqMan assays.
This application seeks to apply NGS to characterize the largest cohort of PD cases and controls ever examined in Latin America (LARGE-PD) and clarify the role of known genes in development of PD in Latinos. If successful, this project will 1) identify novel population specific pathogenic variants, 2) determine the frequency of pathogenic variants in known genes in Latinos, and 3) detect individuals with family history without pathogenic variants in known genes, setting the stage to find novel causal genes using exome/genome sequencing.
Ultimately this will provide new insights into the etiopathogenesis of PD, improving diagnosis, and ultimately nominating new molecular targets for novel therapeutic approaches for PD.