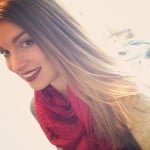 I was diagnosed with early onset of Parkinson’s disease when I was 24. My symptoms probably began around age 21 and slowly progressed but they came on slowly and weren’t consistent enough for me to attribute them to much until I started having trouble walking and developed a tremor.

My earliest symptoms were weakness in my hands and poor dexterity. Then I started having muscular issues. My muscles were always tense and I started getting muscle spasms a lot. I started to feel really weak and shaky, but not visibly. Like the way you feel when you drink a lot of coffee on an empty stomach. It was like a weakness I felt in my chest. I didn’t even notice when my tremor began because I felt that way for years. My grandmother, who was diagnosed with Parkinson’s Disease at 69, was the one who pointed it out to me.

I was first diagnosed by a neurologist, then was referred to a movement disorder specialist for a second opinion. They pointed out symptoms I didn’t even realize I had. I didn’t swing my right arm when I walked, my right leg also drug behind a bit. My gait was off, I couldn’t stand still or balance with my eyes closed and I was losing my sense of smell.

For nearly a full year after being diagnosed I didn’t accept treatment. I did some physical therapy and tried a holistic approach. I found that yoga was very therapeutic, more so than any other PT routine. I am now on Requip XL and Valium and have become a yoga instructor. I attribute much more of my well-being to being physically active.

I also would like to thank APDA for their support! The info on www.apdaparkinson.org has helped tremendously, especially for support after I was diagnosed, through their resources I found a local early onset support group. That group and the information on coping and understanding the disease has been very helpful!

To support your local Olivia chapter, please click the button below: