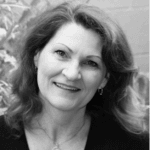 I am an accomplished vocalist, composer and arranger, and have performed throughout the United States, Europe, and Latin America.  My voice has been heard in households across America in a wide variety of jingles for television and radio.

I am originally from Panamá, and studied music at the University of Florida and Berklee College of Music in Boston. I also hold a Master’s Degree in Speech Pathology and with a Clinical Specialty in Neurophysiology and Neurogenic Speech and Language Disorders. I completed Allied Team Training in Parkinson’s, sponsored by the National Parkinson’s Foundation, in March 2013. I currently work in a hospital out-patient setting in Los Angeles County, and take advantage of California’s beautiful weather to stay active with my husband and 2 daughters.

About four years into my diagnosis, I realized the energy I used to worry about my illness progressing and fearing the future could be better utilized. Then I had the opportunity to be a patient of Dr. Monique Giroux, who introduced me to the concept of harnessing potentially negative energies toward healing, living in the moment, and acknowledging values.  This experience cause a shift in my thinking, which allowed for new opportunities, relationships and plans for the future that are more exciting than I ever could have imagined.In 2013, my husband and I condensed our story into an original music video, ‘Rerouted by PD’, which was featured at the 2013 World Parkinson Congress in Montreal, Canada. This project led to a new venture, www.slothatworkproductions.com. We are currently producing a video series dedicated to improving the lives of those living with or caring for people with PD.

To support your local Lori chapter, please click the button below: