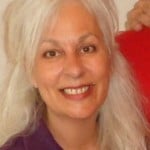 Ya know, if there’s one thing I hate, it’s Parkinson’s. That’s why I write about it, research it ceaselessly.…hound that beast down & beat it into oblivion. My husband ( the guy with it for 15 years now) almost blithely takes it in his stride – infuriating!

Or is it. Just ‘cause he’s a shameless optimist doesn’t mean he isn’t right – just different. While I might rage about it, he’ll have a donut. But we’ve been blessed – no doubt about it. He had DBS a la Boston Scientific’s Vercise in 2012; now that some beautiful hardware! It has a finesse and grace that rivals all other devices. The real boon: a 25-year battery!!

Sure life is challenging at times. But even the ogre in me knows it could be worse – far worse. We ride through the rough knowing that someday, someone will come up with a cure of sorts. I’m a-hunting for them and alongside them, I’m closing in on the kill…

To support your local Lisa chapter, please click the button below: