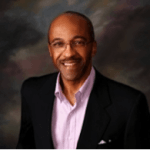 In the early 90’s I started experiencing unexplainable symptoms. I felt off center for some unknown reason. After consulting with a number of physicians, in many specialties, there was no consensus.

In March 2004, I saw an orthopedic physician, when I started experiencing pain, numbness and tingling from my neck, radiating to my feet. I was then referred to a Neurosurgeon. After experiencing some initial improvement, the stiffness in my neck persisted, along with a reduction in arm movement when walking and occasional tremors. I was then referred to a Neurologist. After an initial exam suspecting anxiety and essential tremors, he referred me to a Movement Disorder physician to rule Parkinson’s out of the equation.

In November of 2007, after a PET scan, I received a definitive diagnosis of Parkinson’s. Strangely I felt a sense of relief having an answer to my symptoms.

One thing I do recall saying after receiving the news, was that my experiences and encounters would be more impactful and intense.

Having a diagnosis of Parkinson’s got me in touch with my mortality. Like everyone else, I would not live forever. Many would find that thought depressing. I found it liberating and uplifting. Rather than withdrawing and feeling depressed, I made it a goal to engage life more, living each day to the fullest, embracing and savoring every moment and surround myself with people who nourish me.

I have accelerated my schedule of things and places I want to do and visit. I exercise daily, practice yoga and play golf as often as I can. As a Life Coach I find it very fulfilling to bring clarity so that others may make better decisions and optimize their life opportunities. I have been given a gift. I’m unwrapping the package to see what’s in store for me.

To support your local Kermit chapter, please click the button below: