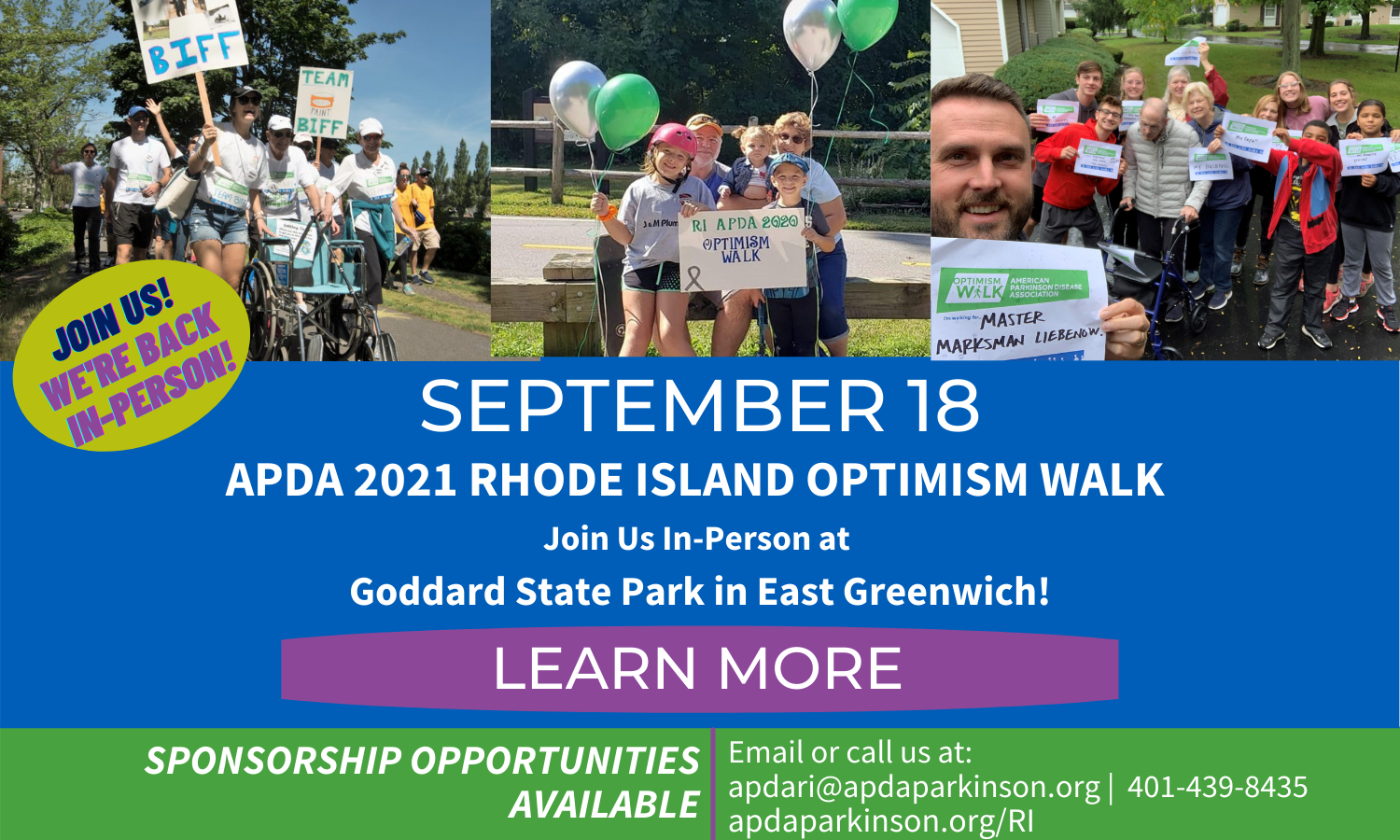 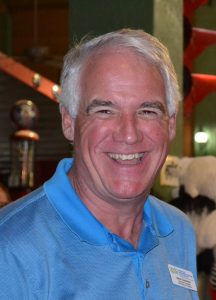 APDA is Welcoming Walkers Back in Person for a Day of Inspiration, Community, and Fundraising to Help People with Parkinson’s Live Life to the Fullest

Longtime board member and supporter to be celebrated at the event

The American Parkinson Disease Association (APDA) Rhode Island Chapter is pleased to announce the honoree for their annual APDA Optimism Walk, past President of APDA RI, and current APDA national board member, Athol Cochrane. Cochrane will be celebrated at the Optimism Walk on Saturday, September 18, 2021, at Goddard State Park in East Greenwich, RI. This annual event is part of a nationwide series of Optimism Walks intended to raise funds and awareness for people with Parkinson’s disease, their care partners, and families through research, education, and support services. Participants from all over Rhode Island and beyond will come together for the special event.

This year’s honoree, Athol Cochrane, served as President of the APDA Rhode Island Chapter for 23 years, and currently serves on the national board of directors for the organization. His dedication to the Parkinson’s disease community and to the mission of APDA is evident through his long-standing partnership with the organization as well as the philanthropic spirit that drives him to help others. Born and raised in South Africa, Cochrane served in the South African Air Force and later worked as a systems analyst for IBM South Africa, before emigrating to the USA in 1988. He currently works for Pallas Capital Advisors as a Financial Advisor and leads their Newport, Rhode Island office. “Athol has been such incredible support to the Parkinson’s disease community. We are thrilled to honor him at the upcoming Optimism Walk for his many years of service to APDA and his dedication to the people we serve,” states Bill Patjane Executive Director, APDA Massachusetts Chapter. Cochrane studied economics at the University of South Africa and later received a bachelor’s degree in Management from Roger Williams University. He resides with his wife in Middletown, Rhode Island. They have two grown sons and a granddaughter. In his spare time, he enjoys spending time with his family, gardening, and fishing on Narragansett Bay.