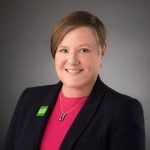 Stephanie Paul is responsible for creating and implementing APDA’s national development and marketing programs resulting in revenue generation and brand awareness to support APDA’s objective to provide the support, education and research that helps those impacted by Parkinson’s disease. Stephanie joined APDA in 2013 and led the organization’s brand redesign and has been responsible for the Live with Optimism and Look Closer Public Service Awareness campaigns.

Blending both corporate and non-profit experience, Stephanie has held leadership roles with the Leukemia & Lymphoma Society as a Regional Field Director, Assistant Vice President for Corporate and Client Events for Merrill Lynch & Company, and served as a Senior Conference Planner for McKinsey & Company.

To support your local Stephanie Paul chapter, please click the button below: